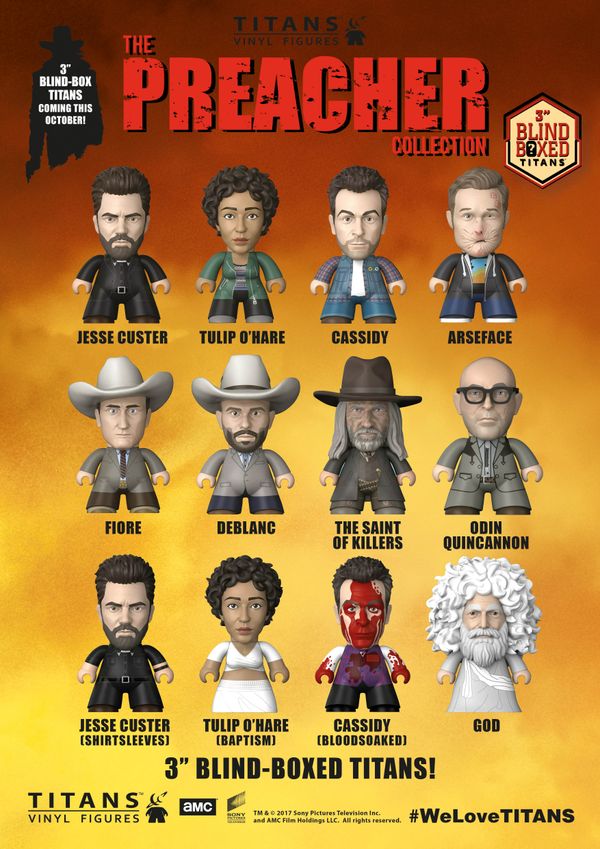 IT WAS THE TIME OF THE PREACHER...

This debut blind-box wave contains 3" TITANS of the Preacher himself, Jesse Custer; his homicidal girlfriend Tulip O'Hare; his best friend (and wayward Irish vampire) Cassidy; the forlorn Eugene "Arseface" Root; the relentless, not-to-be-trifled-with Saint of Killers and many more of the deeply-strange residents of Annville, Texas!

Each figure is 3” blind-boxed and some figures come with a character-specific accessory.