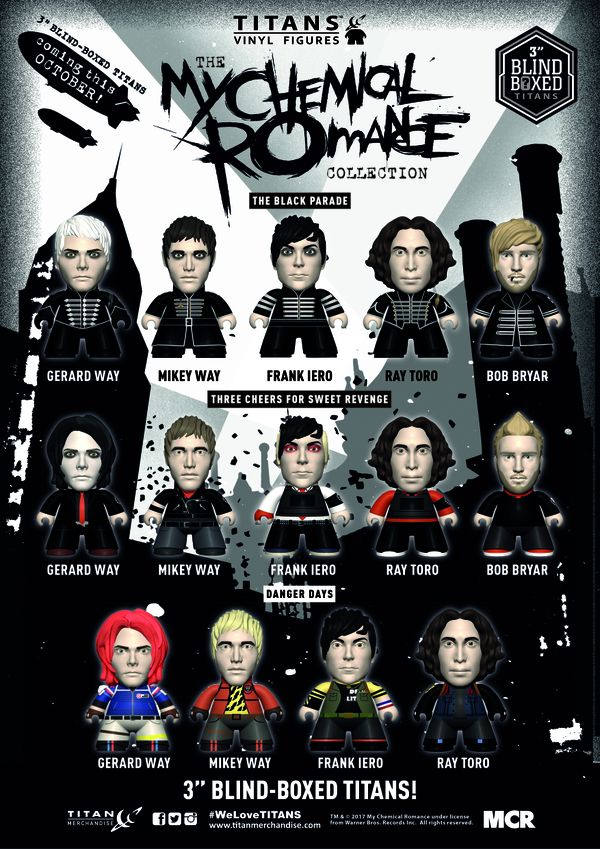 "Defiant to the end, we hear the call!"

Titan Merchandise are supremely excited to announce our just-approved range of 3" blind-boxed My Chemical Romance TITANS, featuring each member of the band in their different incarnations from each key MCR album!

The core TITANS set features all five members of the greatest band of the 21st Century - from their legendary Three Cheers for Sweet Revenge and Black Parade line-ups, alongside their epic four-piece line up from Danger Days. We'll carry on: each figure is 3” blind-boxed and some figures come with mind-blowing accessories (from instruments to rayguns)!

PLUS: 4 rare MCR chase figures for you to hunt and collect! It's time to JOIN THE BLACK PARADE.