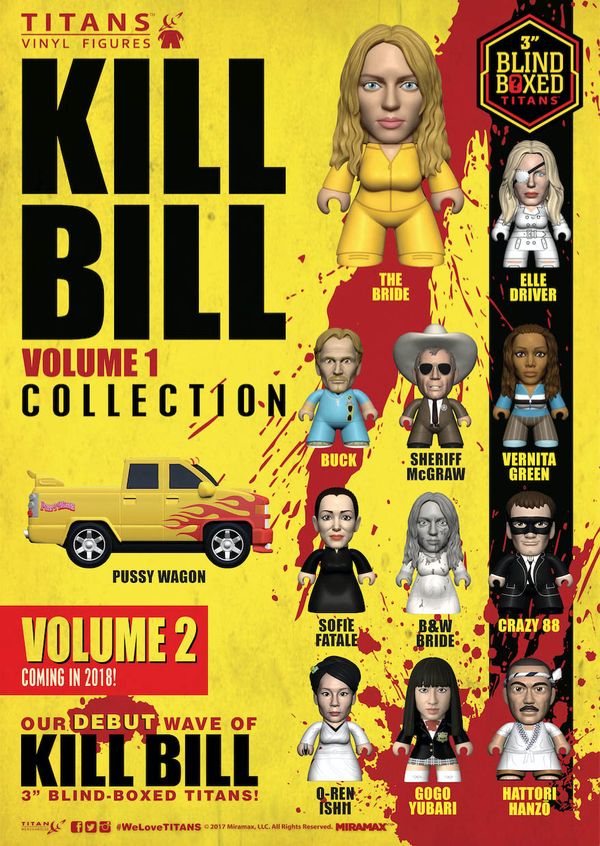 We've also featured QT himself as a Kato-masked member of the Crazy 88!

And that's not all - we've even got Buck (who likes to f**k) and his smooth-driving Pussy Wagon!

Each figure is 3” blind-boxed - and some of them come with an awesomely lethal character-specific accessory.

PLUS: 4 rare chase figures (and one super-rare - and even one ultra-rare - chase figure) for you to hunt and collect!

"That woman deserves her revenge and we deserve to die."