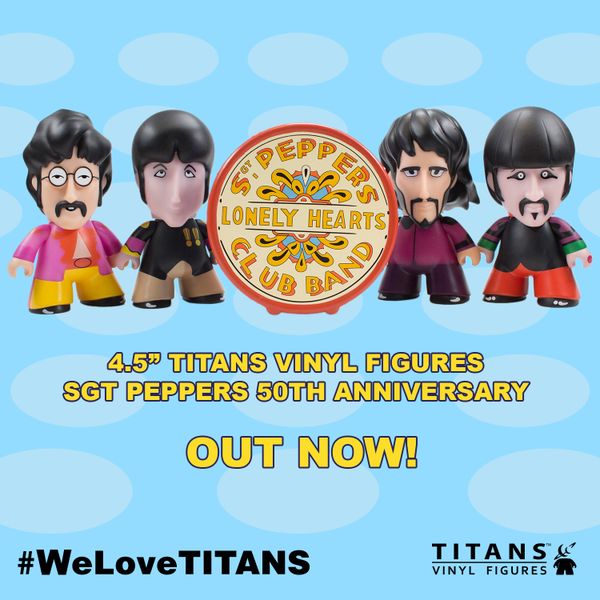 Out now from Titan are exclusive Sgt. Peppers 4.5" vinyls of John, Paul, George, Ringo and the Drum. You can order now with Forbidden Planet and Entertainment Earth

And don't forget our second wave of 3" blind box Yellow Submarine TITANS will be sailing out of Titan HQ very soon!