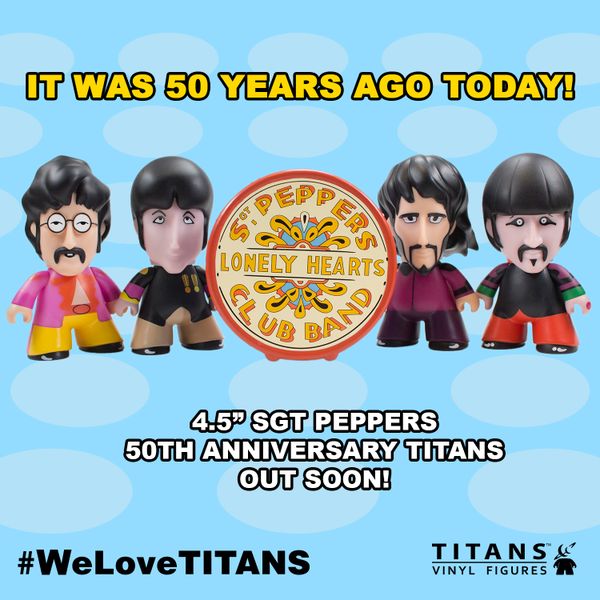 Coming at the end of June from Titan are exclusive Sgt. Peppers 4.5" vinyls of John, Paul, George, Ringo and the Drum. You can pre-order now with http://bit.ly/2rIQCY4 and http://bit.ly/2shZLDW

And don't forget our second wave of 3" blind box Yellow Submarine TITANS will be sailing out of Titan HQ very soon!