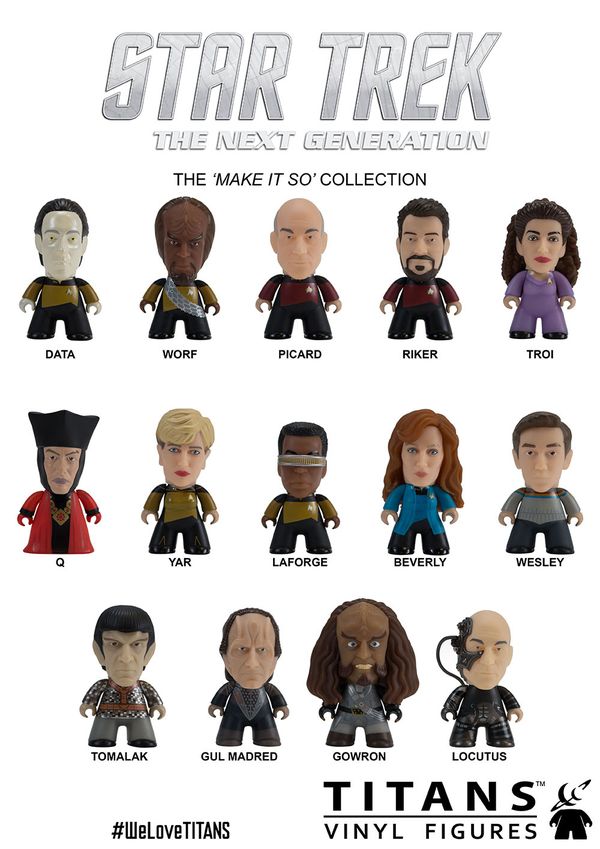 Make sure you travel at warp speed to Entertainment Earth or Forbidden Planet to pick up our Star Trek: The Next Generation TITANS before they're gone!

Featured in the wave is one of the greatest Captains in the history of Star Fleet - Jean Luc Picard! Plus: his right hand man and second in command, William T Riker (and his beard), the mighty Klingon Worf, android Data and the rest of the iconic bridge crew from the series!

Also featured in the wave are a host of enemies, including the godlike Q, the crazed Gowron and, of course, Picard’s evil Borg identity - Locutus!

For a closer look at the figures, check out the turnarounds below - more to come!