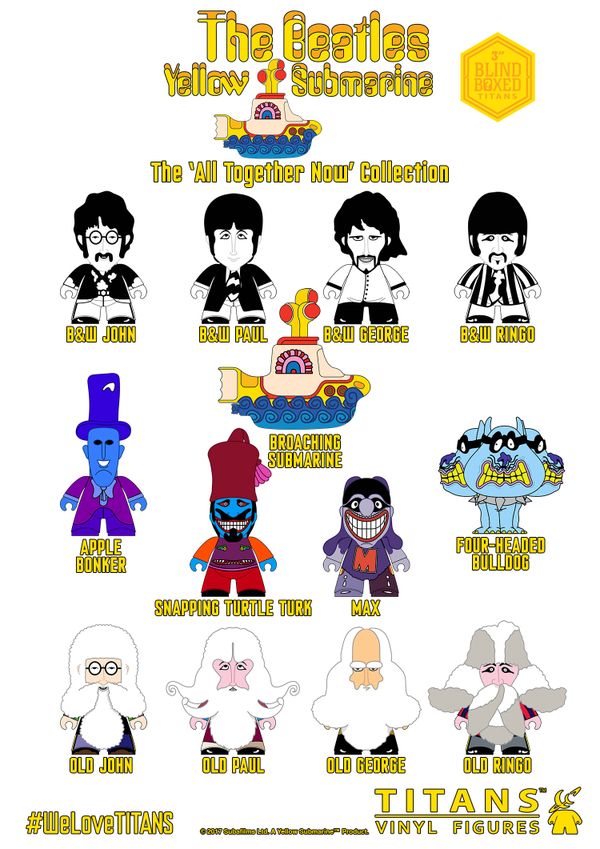 ONE, TWO, THREE, FOUR CAN I HAVE A LITTLE MORE?!

Our second wave of 3" blind box Yellow Submarine TITANS will be sailing out of Titan HQ in July!