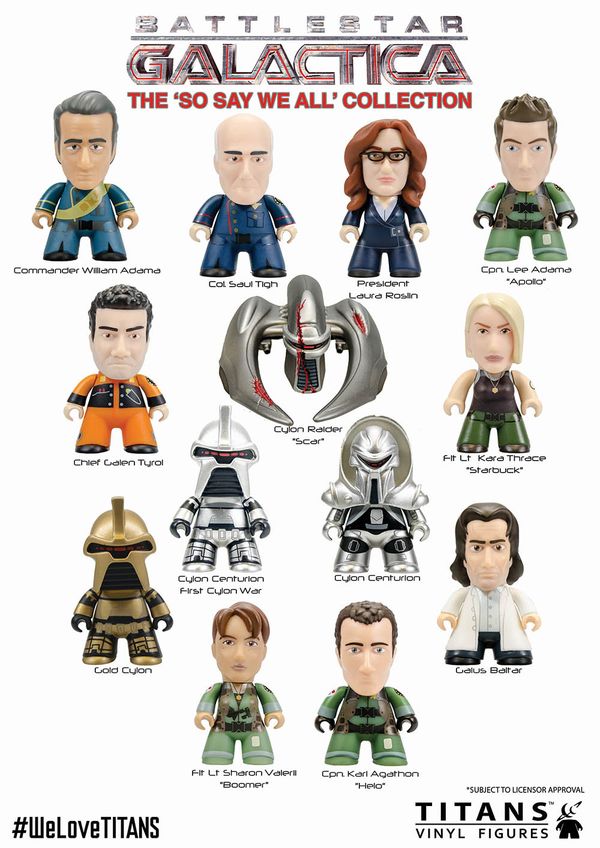 Titan Merchandise are very excited to announce that our long awaited Battlestar Galactica TITANS are confirmed for release this year!

This set celebrates Battlestar Galactica’s epic struggle for survival as humankind flees from the merciless Cylons and struggles to find a new home in the depths of space. The set includes some of the show’s most popular characters: the brilliant-but-narcissistic-and-self-preserving Dr. Gaius Baltar, ever-evolving Viper pilot Kara “Starbuck” Thrace, President of the Colonies Laura Roslin and legendary military leader William Adama. Also included is a deadly Cylon Centurion and the infamous Cylon Raider “Scar”.

Each figure is 3” blind-boxed.

PLUS: 3 hidden chase figures for you to hunt and collect!