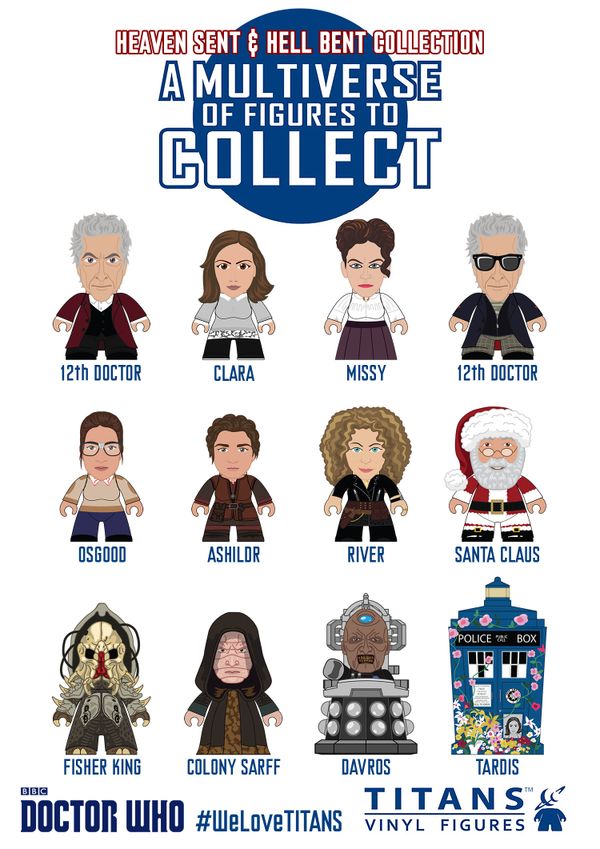 Celebrate the world’s favourite space-and-time-traveling adventurer with this set of Doctor Who TITANS based on the 12th Doctor's adventures in Season 9 - a multiverse of figures to collect!

The 'Heaven Sent and Hell Bent' Collection features the 12th Doctor in his fancy new maroon coat with his awesome new Sonic Screwdriver, as well as his classic blue coat with his cool Sonic Sunglasses ("Wearable technology"). Coming along for the ride are his companion/carer Clara, nemesis/best friend Missy and 'big fan' Osgood, as well as his wife River Song, the immortal Ashildr and the possibly-not-real Santa Claus!

But it's not just the Doctor's allies included in the set - there's also the intimidating Fisher King, the scheming Davros and the ssssnakelike Colony Sarff!

Each figure is 3” blind-boxed and some come with a character specific accessory.