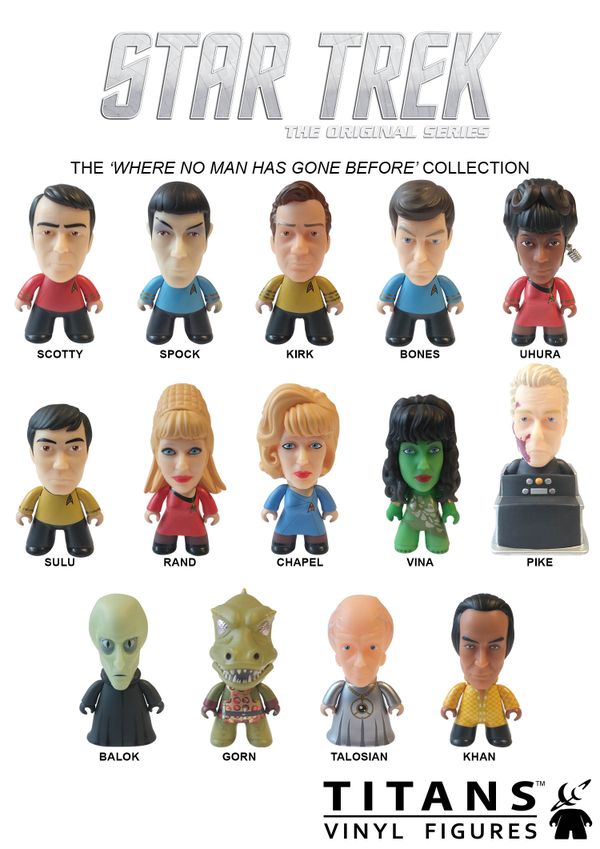 Check out the latest photos of Star Trek TITANS: The "Where No Man Had Gone Before" Collection

In an alliance more significant than the Federation and the Klingons, than Voyager and the Maquis - even more than Will Riker and his legendary facial hair - Titan Entertainment is excited to announce the first instalment in Titan's ongoing mission to produce the finest collectible Star Trek vinyl figures:

Star Trek TITANS: The Original Series: Season One: The "Where No Man Has Gone Before" Collection

Under license by CBS Consumer Products, the collection features characters from the first season of the groundbreaking science-fiction phenomenon led by the unforgettable trio of Captain James T Kirk, Mister Spock and Doctor Leonard 'Bones' McCoy!

All of the iconic bridge crew from Season One of Star Trek: The Original SeriesTM are represented in this debut blind-boxed TITANS wave (Uhura, Sulu, Scotty, Nurse Chapel and Yeoman Rand) - alongside classic Season One nemeses such as the mysterious Balok, the manipulative Talosian Keeper, the terrifying Gorn and the legendary Khan Noonien Singh.