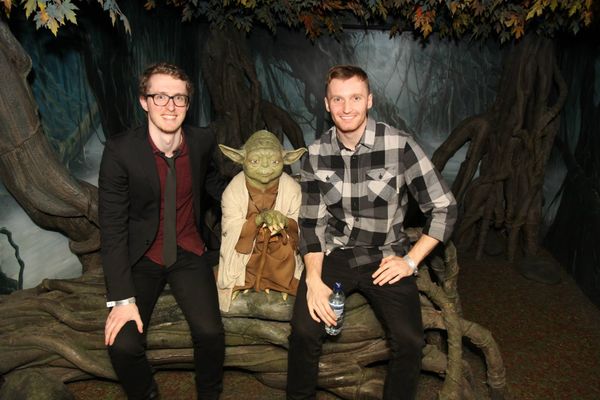 A huge thanks to Disney for inviting us down to check out some of the amazing stuff they've got in the pipeline at their licencing event a London's Madame Tussauds! We were incredibly lucky to watch the teaser for the upcoming Captain America: Civil War, see some amazing concept art for Star Wars: Rogue One - plus some fantastic clips from some other upcoming Disney films (Finding Dory looks absolutely hilarious, and Zootopia genuinely had us in stitches)

As if that wasn't enough, we were then given the chance to run around the Star Wars exhibit, whereupon we found the opportunity to look as unprofessional as possible and act like a pair of rabid fanboys - IT WAS A FANTASTIC NIGHT!

Once again - huge thanks to Disney for inviting us!