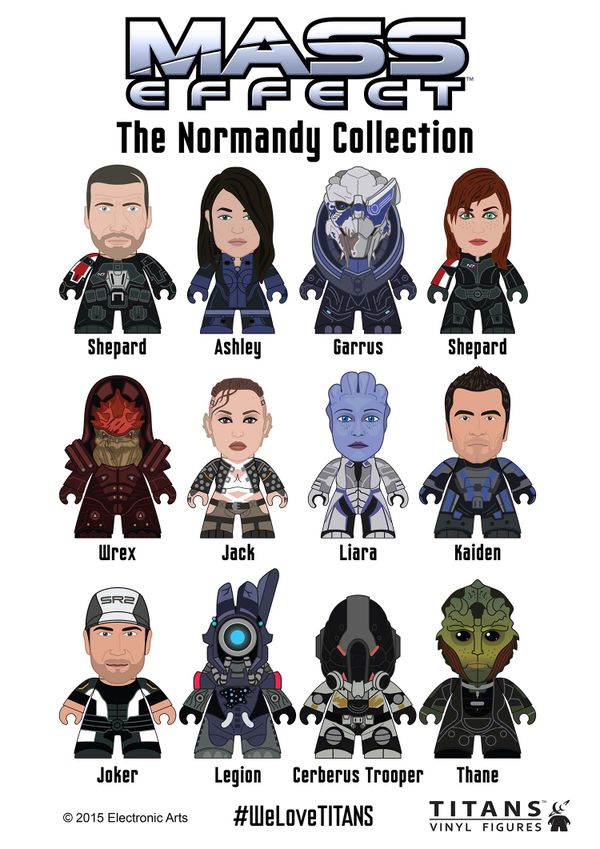 Featuring Commander Shepard in classic N7 Armour, as well as many of the colourful cast of aliens, humans and cyborgs met in the game! Including Krogan Battlemaster Wrex, assassin Thane, Turian Agent Garrus, Asari Liara - even the Normandy's wisecracking pilot Joker!

Each figure is 3" blind-boxed and some come with a character specific accessory. PLUS: 4 hidden chase figures for you to hunt and collect! One random figure supplied.