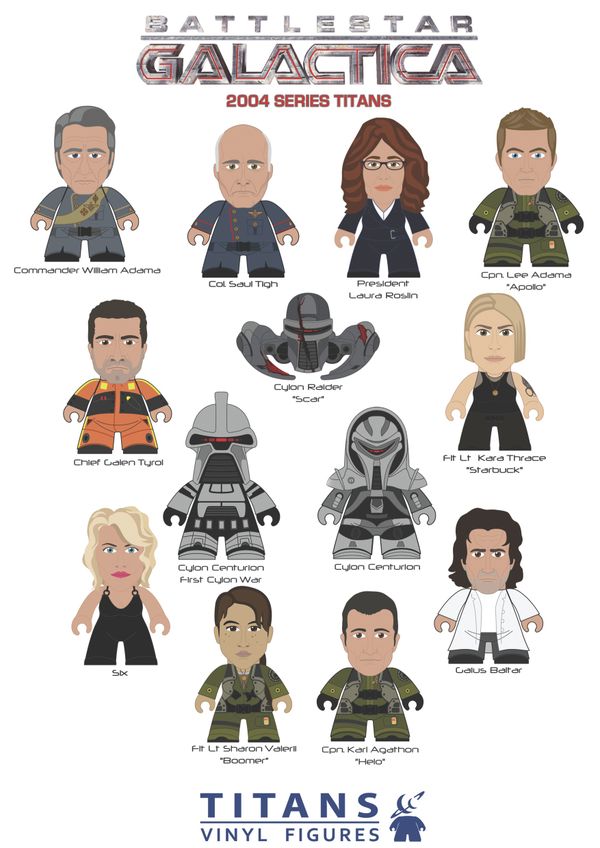 This twelve-piece set of 3" blind-boxed TITANS celebrates Battlestar Galactica's epic struggle for survival in the wake of near-extinction by the inhuman Cylons.

This debut set includes all of the show's most popular characters, including the brilliant-but-narcissistic Dr. Gaius Baltar, the ever-evolving Viper pilot Kara "Starbuck" Thrace, President of the Colonies Laura Roslin and legendary military leader William Adama.

Also included is a deadly Cylon Centurion and the infamous Cylon Raider "Scar".

Each figure is 3" tall, foil-wrapped and blind-boxed.

PLUS: 4 hidden super-rare chase figures for you to hunt and collect!

Launching in May 2014, Battlestar Galactica 2004 Series TITANS are now available for pre-order from: Forbidden Planet, and many other Specialist Retailers worldwide!