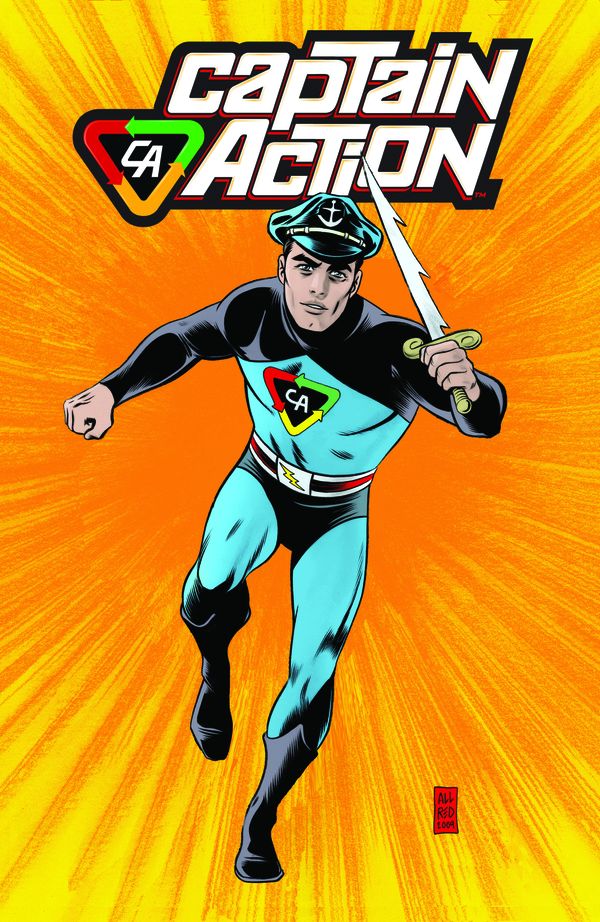 Titan Merchandise are proud to announce that we have teamed up with Captain Action Enterprises, licensors of the popular Captain Action toy line, to produce a series of T-shirts, mugs, I.D. holders and more. These products will be on sale internationally in late 2012.

Captain Action is based on the action figure created in 1966 by Stan Weston for Ideal Toys and sold internationally. The hero came equipped with a wardrobe of costumes allowing him to become many different heroes such as Batman, The Lone Ranger, the Green Hornet and many more. In 1967, Captain Action proved so popular that the line was expanded to include a sidekick, Action Boy and a blue skinned alien foe with bug eyes, the nefarious Dr. Evil. The following year, DC Comics licensed the character from Ideal and published five issues of Captain Action featuring industry luminaries such as Jim Shooter, Wally Wood and Gil Kane.

The line has experienced as strong resurgence, complete with an all-new toy line that debuted earlier this year.

“I’ve been a massive fan of Captain Action since my late 60s childhood in the North West of England” said Titan Director Andrew Sumner. “Back then, my grandfather kept me supplied with a steady diet of US comic books and I was filled with excitement every time I read a Captain Action advertisement in the back pages, I would have done ANYTHING to own the action figure. Stan Weston’s costume design blew my mind, which was blown even further when I picked up Jim Shooter and Wally Wood’s first issue of the DC comic. By the time Gil Kane and Wally Wood’s classic, way-ahead-of-its-time issue five rolled around, I was hooked for life! It’s our absolute pleasure to be working with the awesome team at Captain Action Enterprises on such an iconic, brilliantly-designed property.”

“We’ve been big fans of all Titan’s products and are proud to be part of their line-up, “ said Ed Catto of Captain Action Enterprises. “From Doctor Who to Star Trek to the classic Hammer horror movies – Titan’s products always seems to be top-notch in quality and lovingly created.” Current plans call for the first wave to include a distressed T-shirt with the Captain Action logo, a coffee mug and an I.D. holder. The new products will debut at New York Comic Con at the Javits Center from October 11 to 14, 2012.