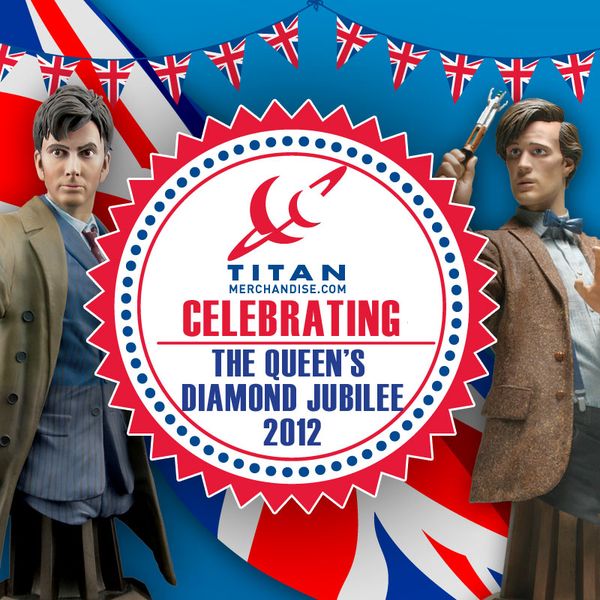 Upon Doctor Who's return to our screens in 2005, after a 16 year break, The Times wrote that "Doctor Who is quintessential to being British". And here at Titan Merchandise we couldn't agree more!

So in grained is the Doctor in British culture that the Queen herself has even mentioned how much of a fan she is. From the sounds of things she is a full-blown Whovian, apparently once ordering an entire box set to take on a summer hoilday. She was particularly fond of Christopher Eccleston's Doctor, and was, like many of us disappointed when he left.

It's no real surprise that Her Majesty is a fan. She has seen the Doctor save our shores every single occasion, with the Doctor having shared over 50 years of her her 60 year reign.

Doctor Who is arguably the finest and most unique British programme ever created. Receiving multiple BAFTA and National Television awards, it has also even entered the Guinness World Records as the longest running science fiction television show in the world. It is full of British iconography and cultural references from the Police Box TARDIS to the remaining Time Lords from Gallifrey always seemingly British...!

Here at Titan Merch we celebrate the Doctor's time-traveling heroism everyday through our massive multiple format, officially BBC licenced range. And we couldn't think of a better way of celebrating The Queen's Diamond Jubilee than sharing some of our products of Her Majesty's, and our, favourite Doctor. Below is a select few of our fantastic designs,

All designs are available to order or pre-order now through Forbidden Planet, Play.com, Entertainment Earth, Diamond Comics, and other specialist retailers.

Titan Merch - God save the Doctor and The Queen!