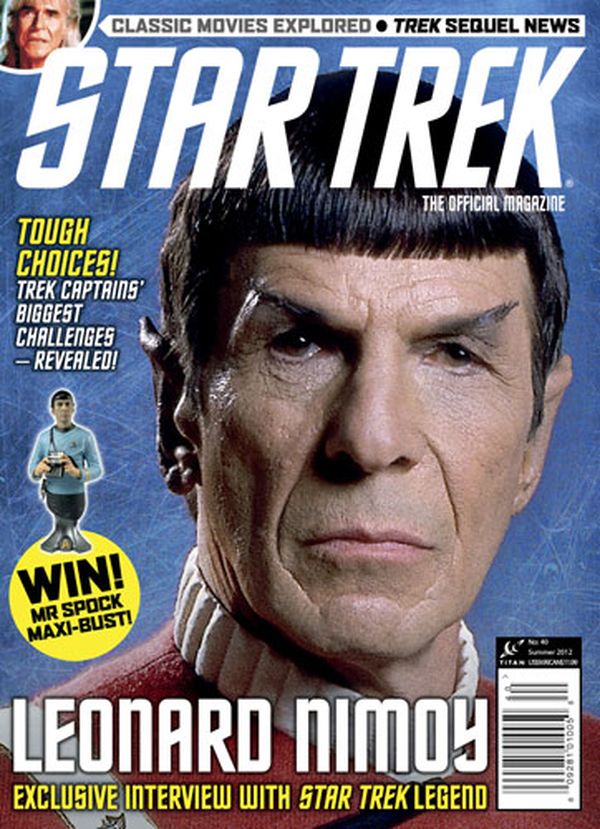 OK so here's a question for you... Do you know the name of the age-old traditional survival test for pre-teen Vulcan's used to gauge their maturity readiness??

The origins of the maturity test originate from the ancient Vulcan warrior days with the basis that the young Vulcan must survive ten days without food, water or weapons in Vulcan's Forge. When the Vulcans turned to logic, they reasoned that they must maintain the tests of courage and strength to keep pure logic from making them weak and helpless.

But do you know what is is called??

If you do you stand a chance to win one of Titan Merchandise's fantastic Masterpiece Collection Spock Bust in this months issue of Star Trek Official Magazine....

This months issue is a must for any Spock / Leonard Nimoy fan...

An exclusive interview with the man behind the Vulcan, as he looks back on his career and his life as Spock...

Visit Star Trek Official Magazine here and get your hands on this cracking issue for your chance to win our bust! Out now in US and 17th May UK.