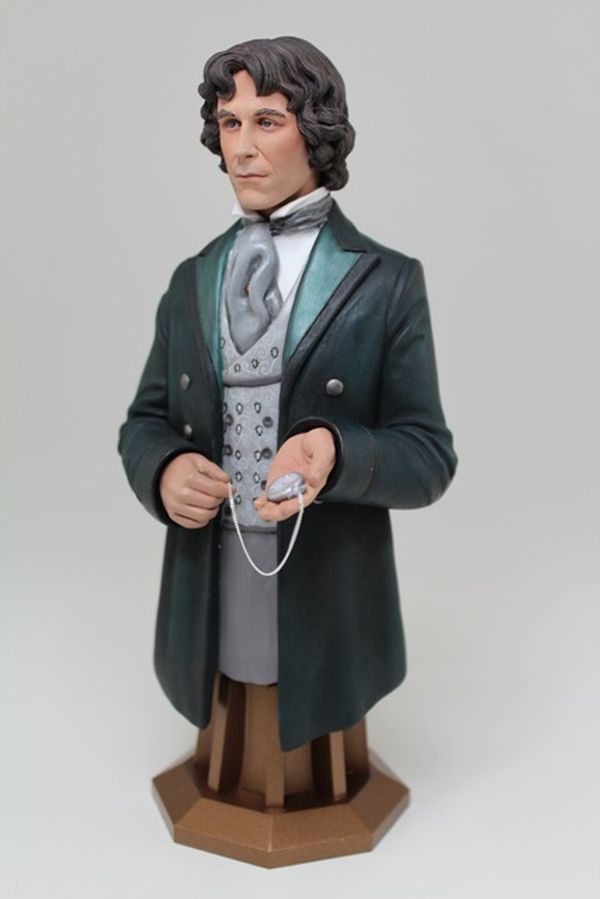 This beautifully-sculpted 8" maxi-bust of Paul McGann's unique incarnation of the ever-regenerating Time Lord captures every detail of his performance as the adventurous and romantic Eighth Doctor!

Paul McGann starred in the 1996 BBC/Fox Network TV movie (and many subsequent Big Finish audio adventures) as perhaps the most individual and certainly the most outwardly-romantic incarnation of The Doctor! The Eighth Doctor and his frockcoat, waistcoat, cravat & signature timepiece is brought to life in this intricately-detailed three-quarter length sculpt standing 8" tall.