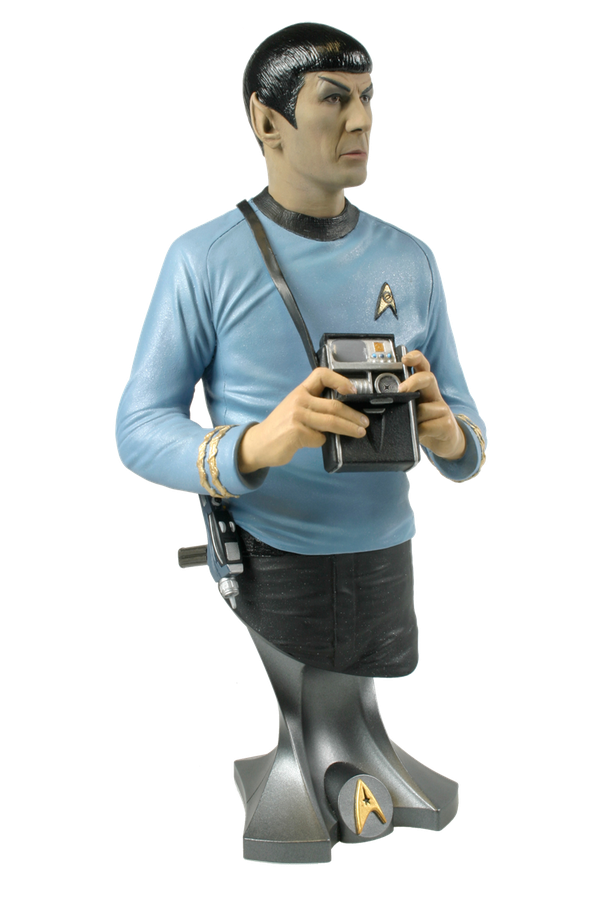 Every detail of Khan’s masterful leadership and every nuance of Spock’s eternal, logical curiosity are captured in these astonishingly detailed polystone busts, standing 8” tall and 5” wide.

The Khan Noonien Singh Maxi-Bust captures every detail of Ricardo Montalban’s indelible performance as Khan in Star Trek II: The Wrath of, including his rugged strength, bouffant hair and every fold of his buccaneering outfit. KHAAAAN!!

The Mister Spock Maxi-Bust celebrates Leonard Nimoy’s legendary performance as the one of the greatest Star Trek icons of all time – the unforgettable Mr. Spock. This is an incredibly detailed piece with a note-perfect, never-before-seen replication of Spock’s Starfleet uniform, tricorder and phaser.

US SRP $79.99
AVAILABLE FROM: Forbidden Planet, Entertainment Earth, and other specialist retailers