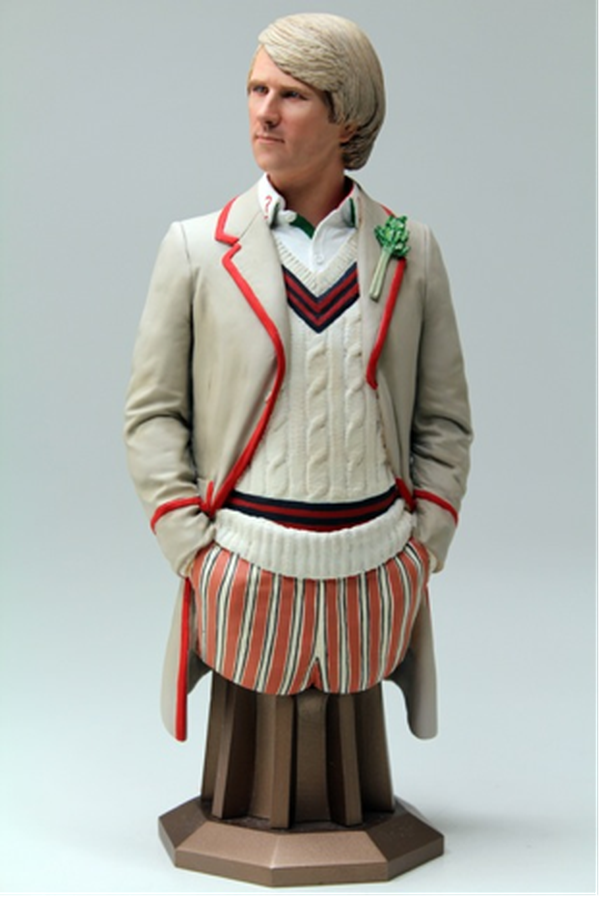 Titan Merchandise are proud to announce the latest item in our limited edition, high-quality Doctor Who Masterpiece Collection! This beautifully-sculpted 8" maxi-bust of Peter Davison's classic 80s incarnation of The Doctor captures the every detail of the boyishly charming, cricket-loving Fifth Doctor!

Peter Davison starred in the 19th, 20th and 21st seasons of Doctor Who as one of the most fondly-remembered Time Lords to ever travel in the TARDIS! The Fifth Doctor and his signature Edwardian cricketer’s outfit is brought to life in this intricately-detailed three-quarter length sculpt standing 8" tall.