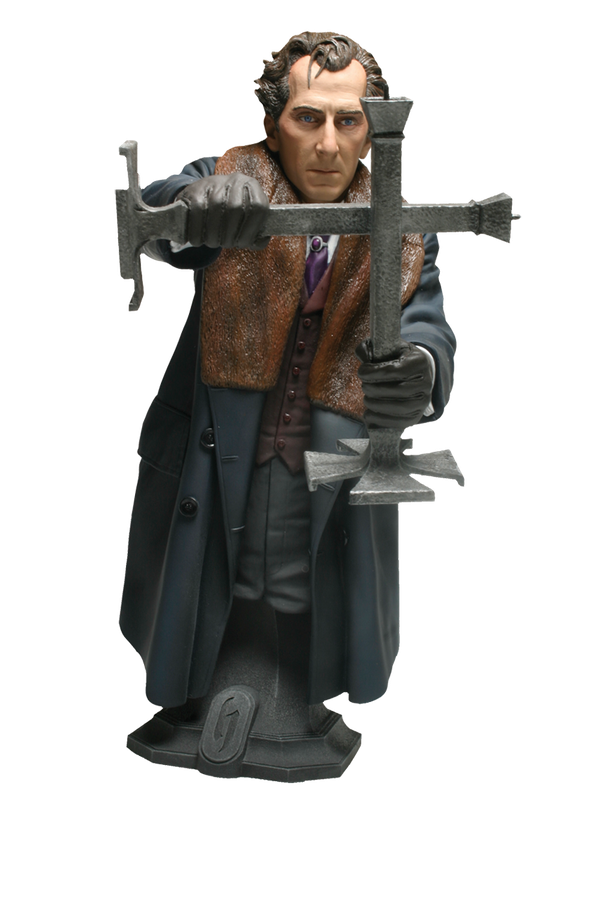 Titan Merchandise are proud to announce the next items in our limited edition, officially-licensed, high-quality Hammer Horror Masterpiece Collection!

Every detail of Van Helsing's sartorial vampire-hunting precision (from his fur-collared greatcoat to his candelabra-clenching gloves) and every nuance of the Countess's chest-heaving, virgin-slaughtering evil beauty are captured in these astonishingly detailed polystone busts, standing 8” tall and 5” wide (6” from Van Helsing’s left shoulder to the tip of his crossed candelabras).

US SRP $79.99
AVAILABLE FROM: Forbidden Planet, Entertainment Earth, and other specialist retailers